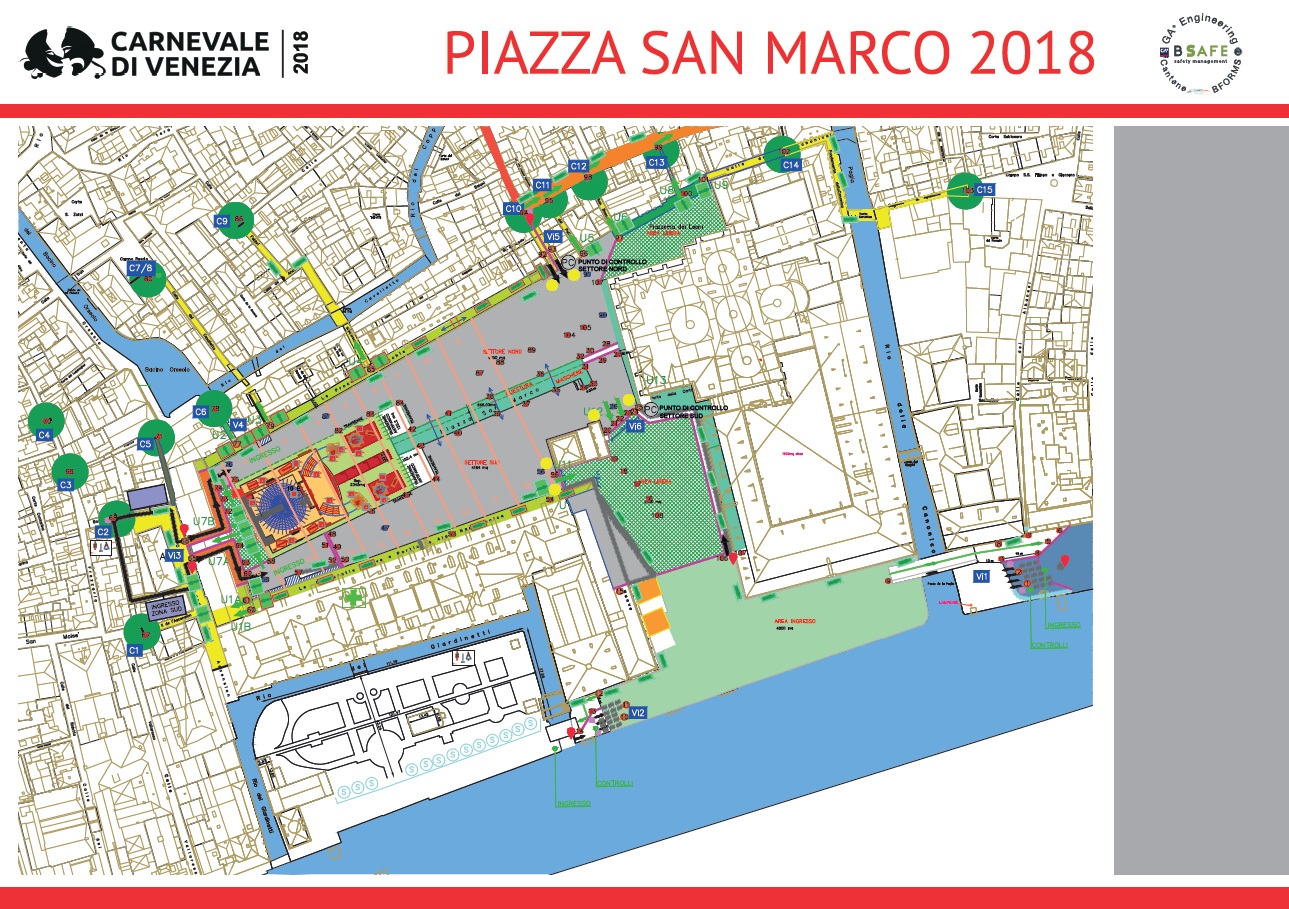 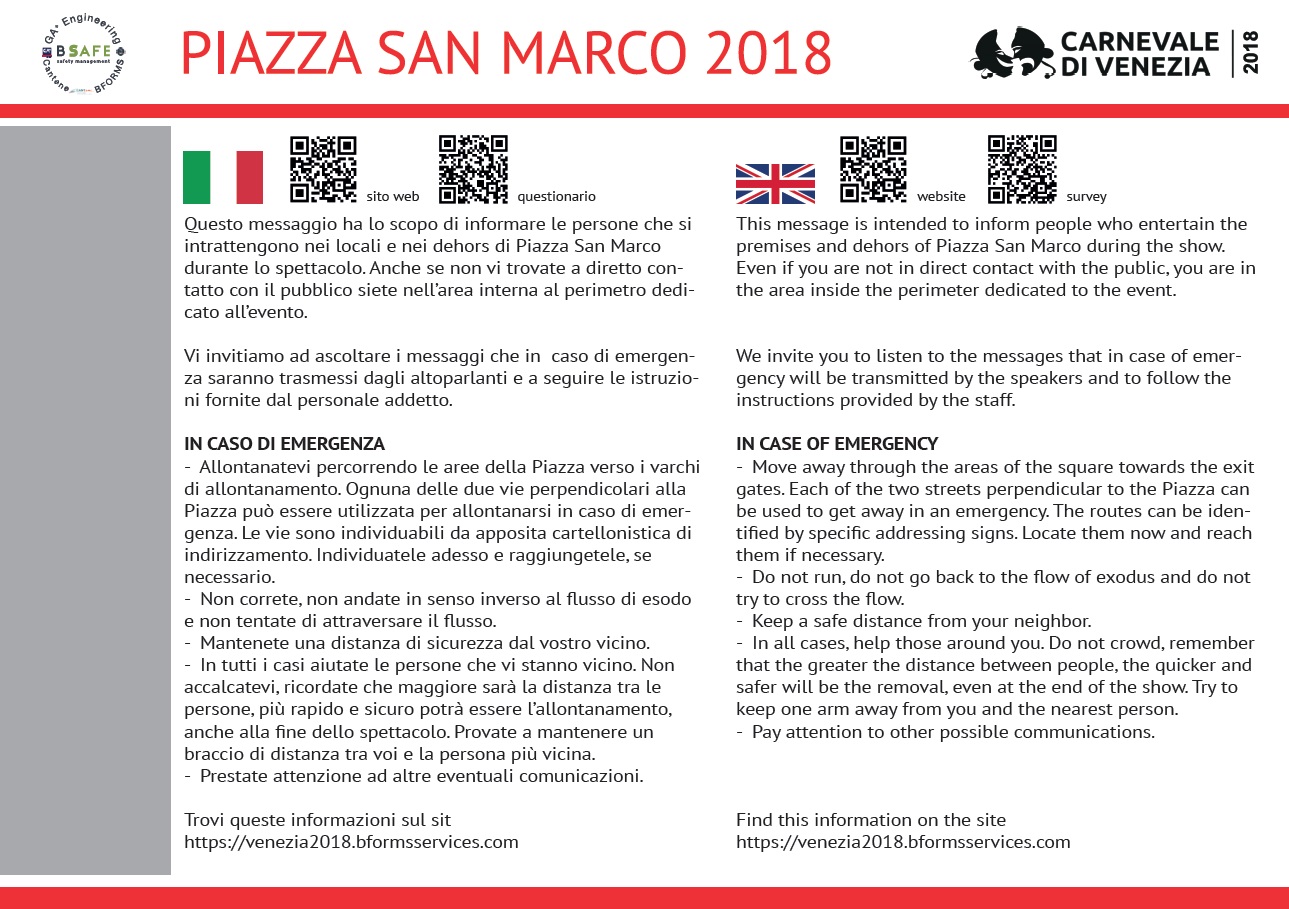 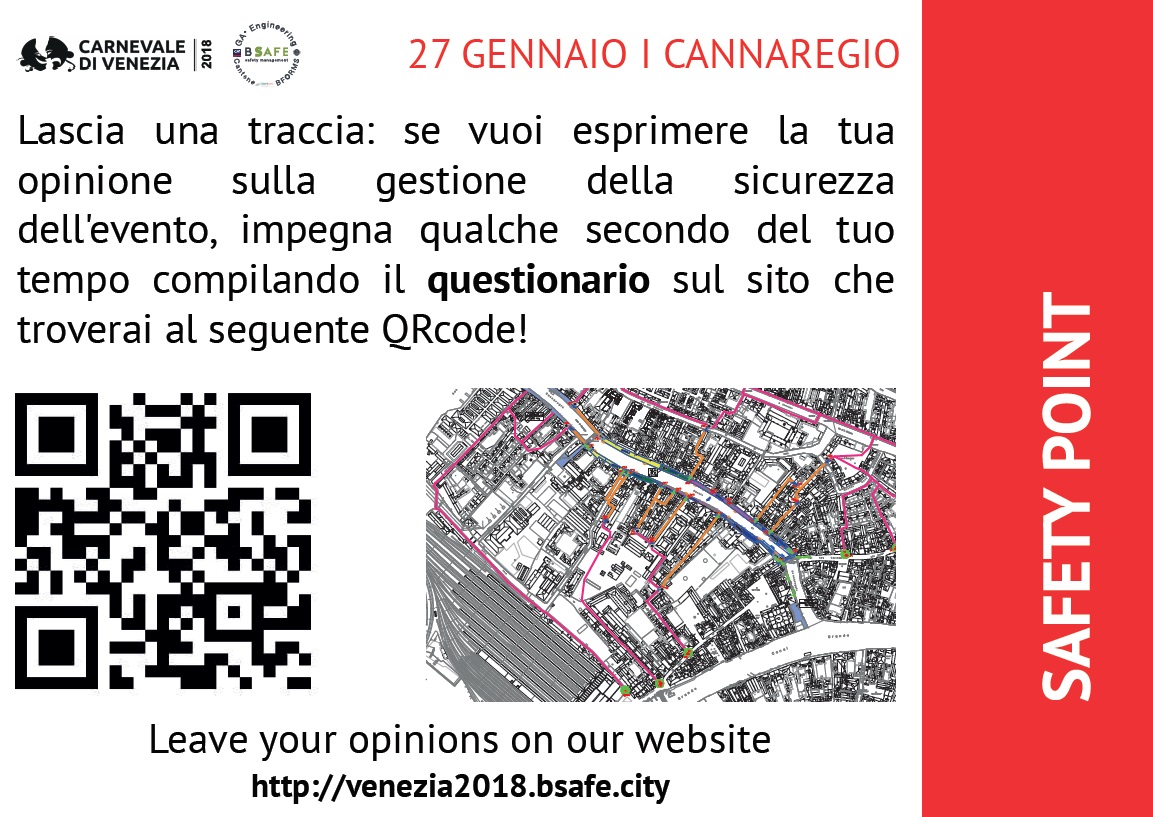 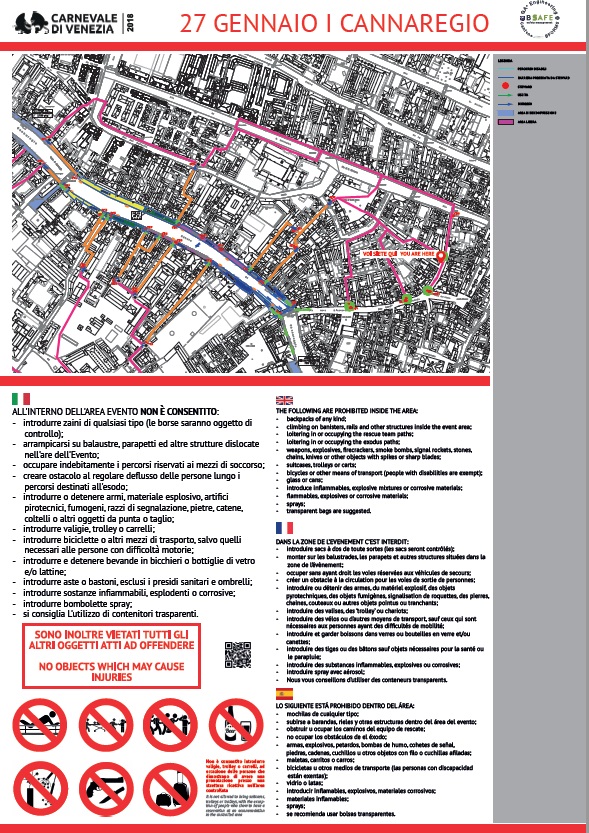 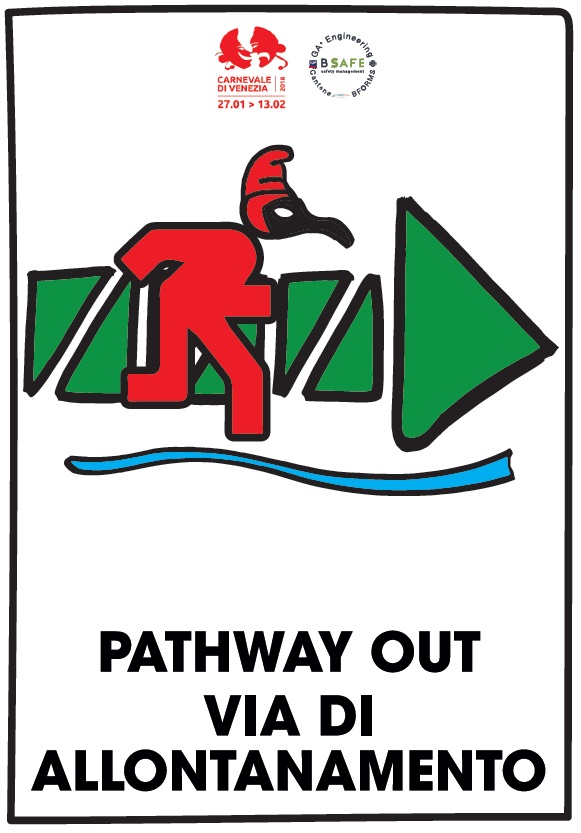 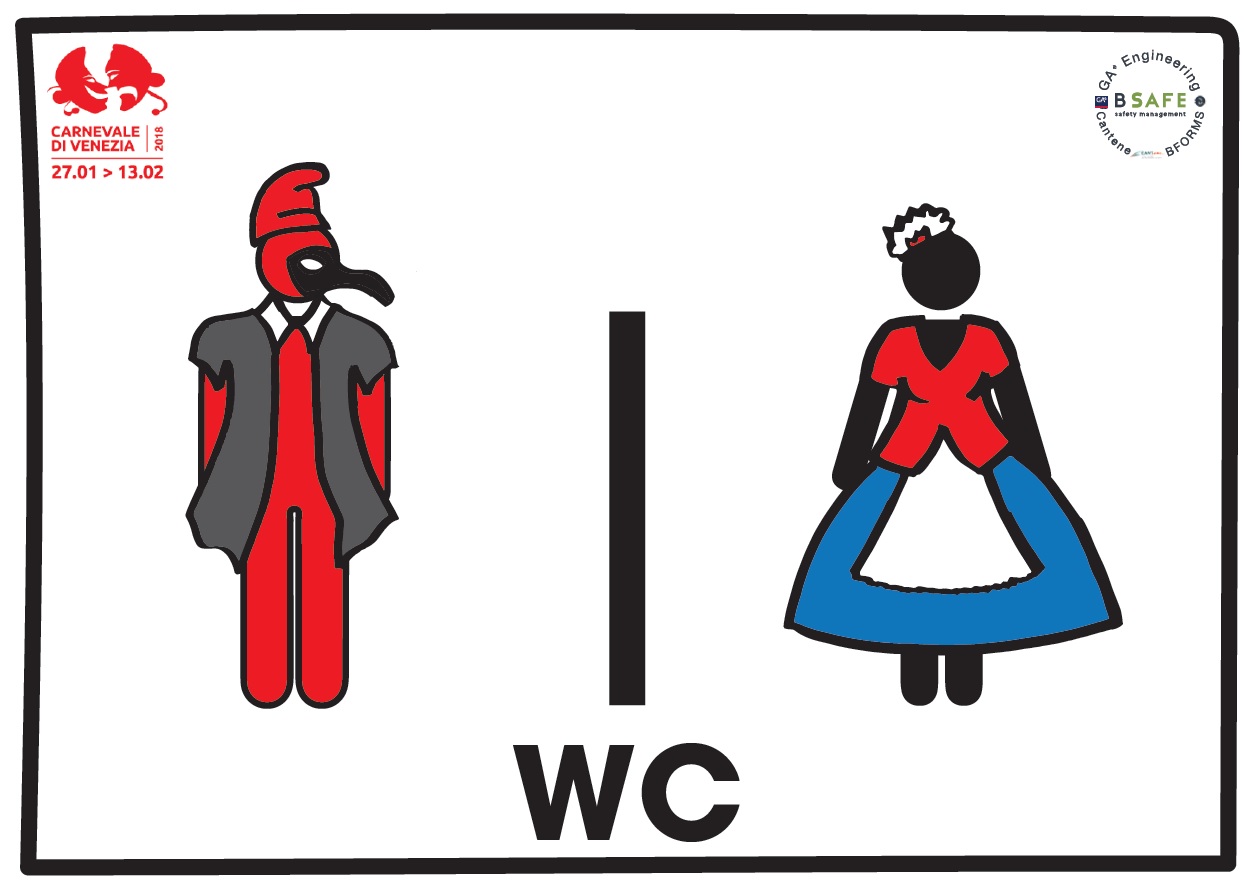 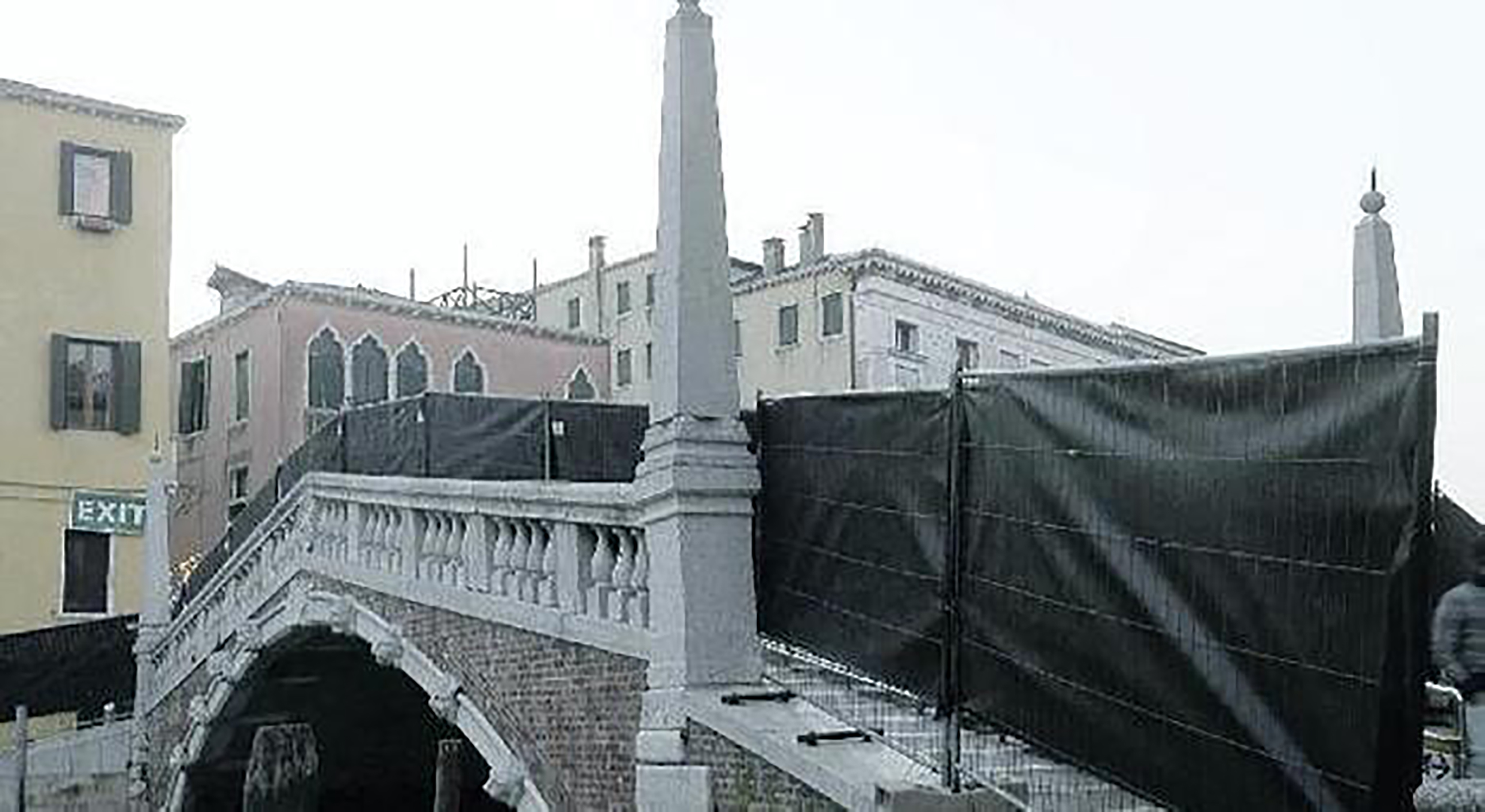 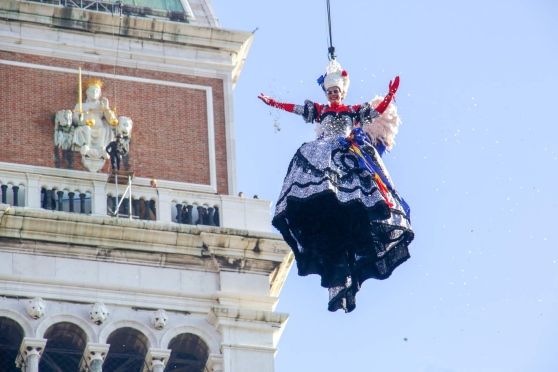 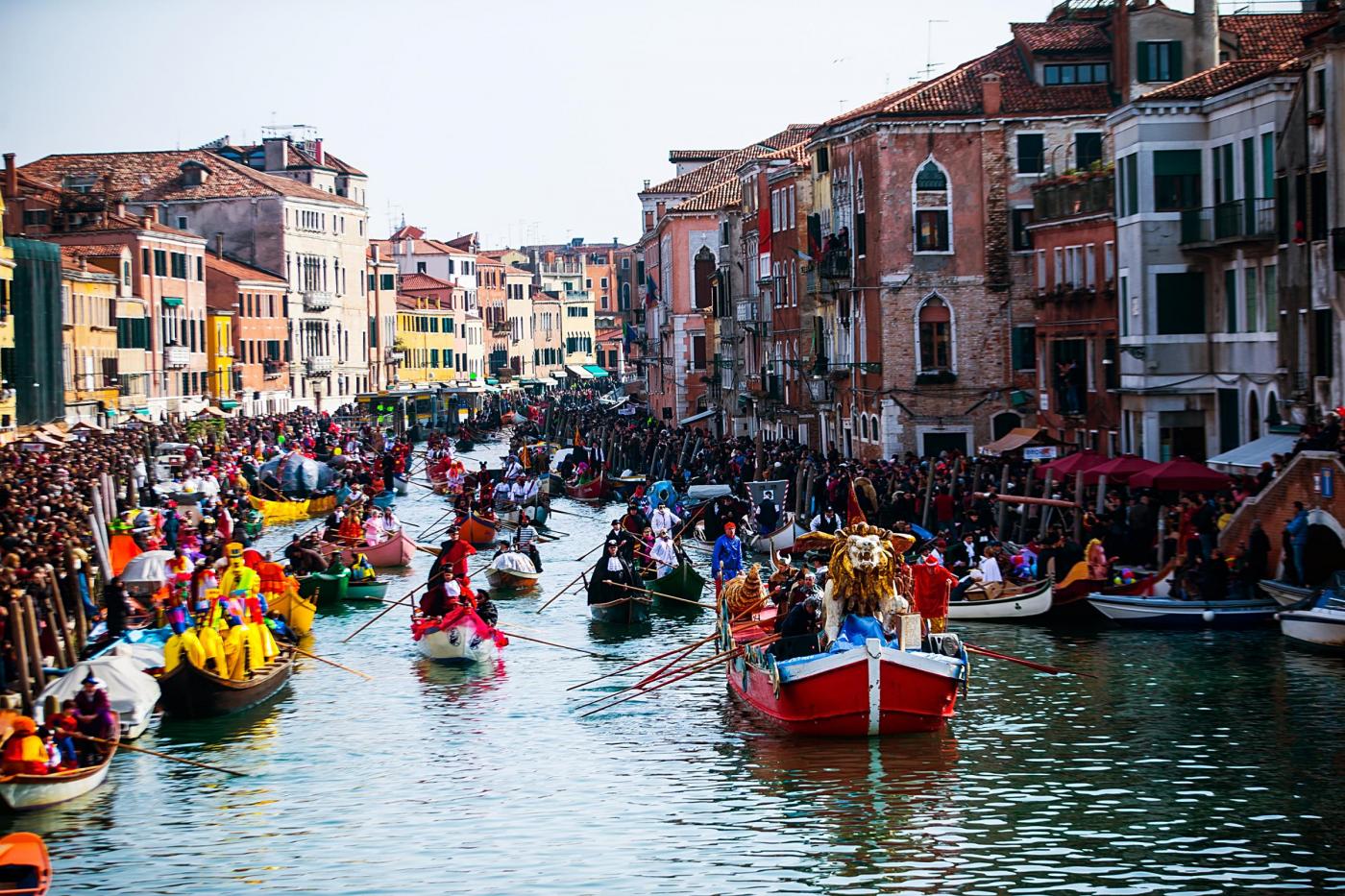 It is an event on a public square with entertainment of the same in areas defined, known and used over time with the same type of configuration of use and commitment of the above areas. In particular, this is a static event, except for the movement of the figure from the bell tower to the flooring, and with the audience that also attends in a static way, to the show. For the event in question, taking place in an area open to free circulation where there are several commercial activities, it is difficult to quantify the number, not only of the participants in the event, but also of those citizens who transit or stop in the area for other purposes for which, the overall strategy was developed by providing both decompression areas, areas without public presence and areas with a density equal to 1/4 the value of 2 people / mq. It is therefore a total number of people, burdened by the presence of resident citizens, which generates a crowding congruous with that allowed by the building system consisting of areas intended for the public as such, managed in the wake of known and already authorized forecasts in the same areas also for events of similar but different vulnerability and resilience, and for which will also be provided security measures consistent with the type of event. Ad hoc posters have been produced for the occasion, integrating with the surroundings, but they are visible and attracting the attention of the occupants to information regarding safety, ways of removal, and information useful for enjoying the spaces.