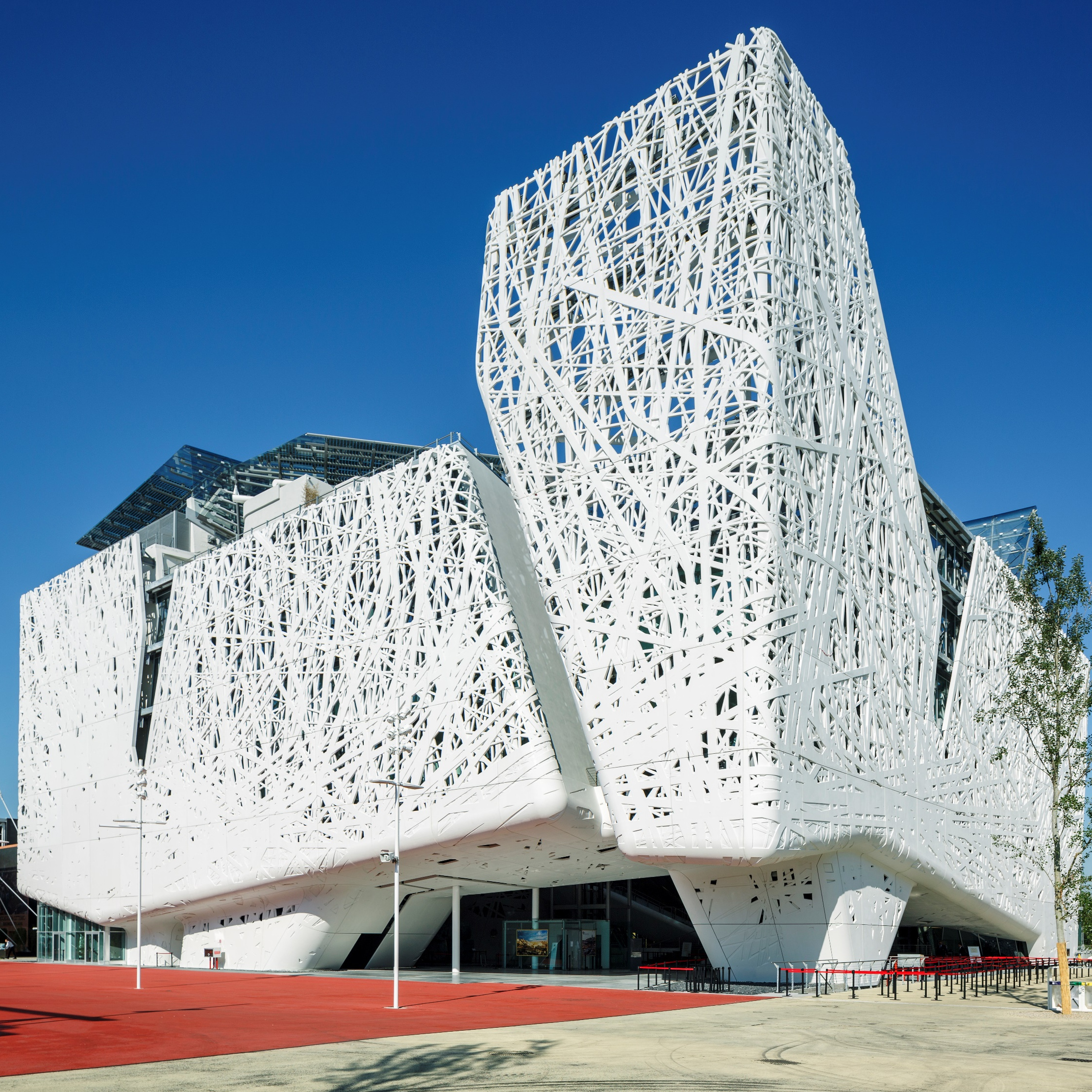 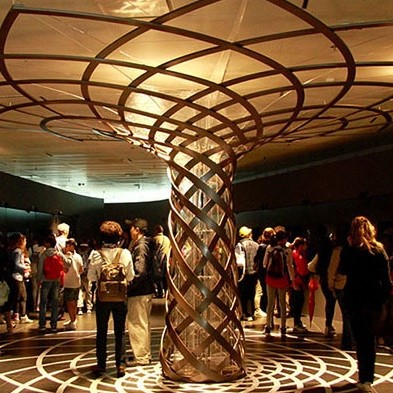 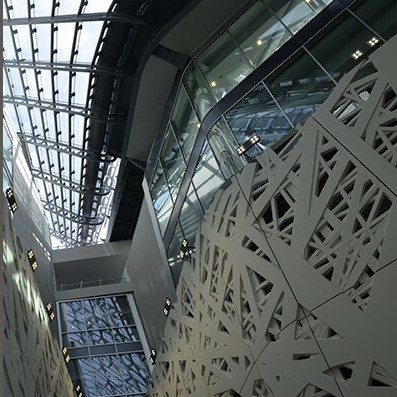 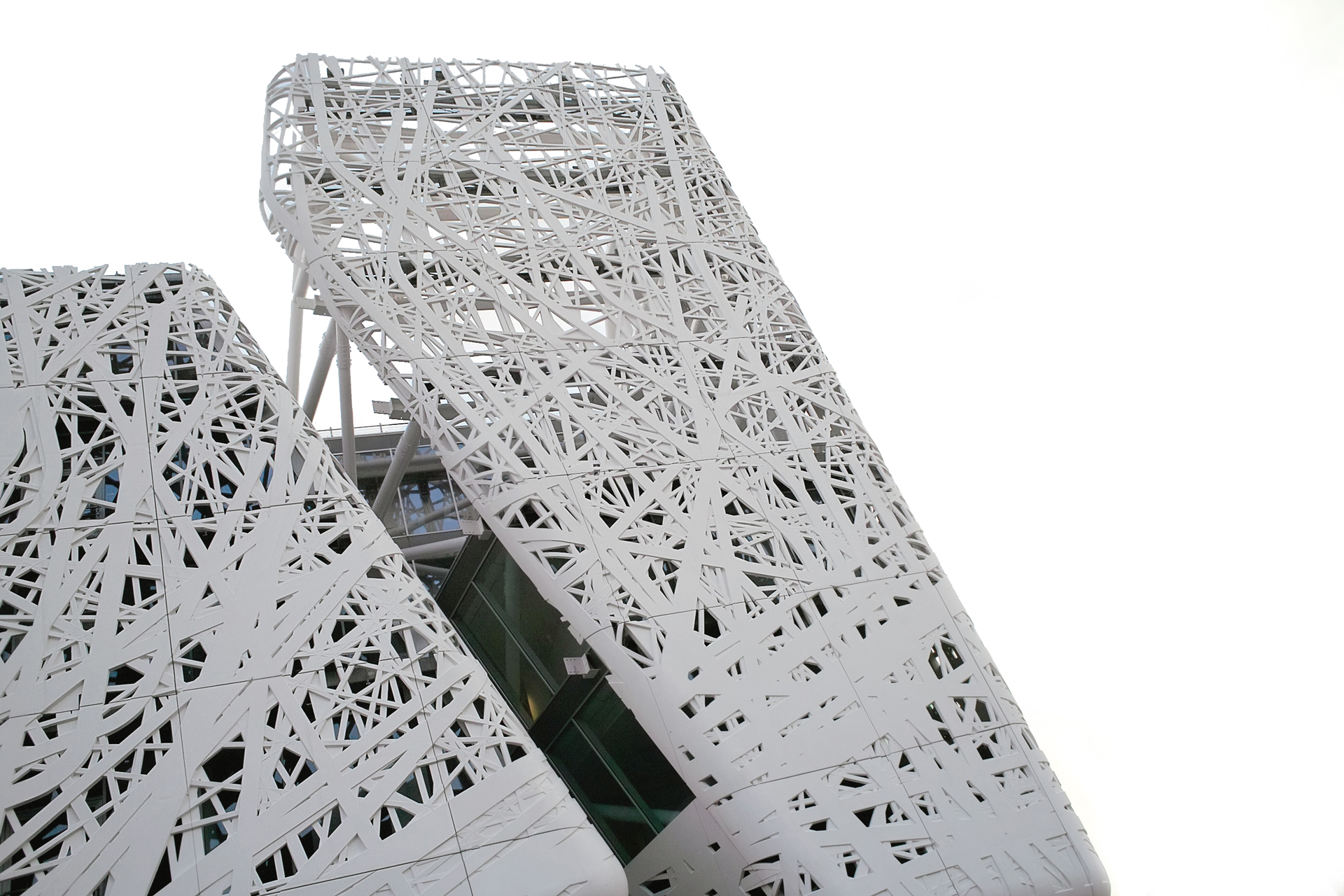 Palazzo Italia, oriented towards the amazing view over the Water square, is the place representing the Italian State and Government.

The architecture, represented by the shell and its volumetric shapes, seems like an urban branched forest where visitors can enter and discover evocative frames. The four blocks are real urban backdrops delimiting the large central square, place of hospitality and symbol of community, the starting point of the exhibition path. Here again, the place recalls the concept of the tree, in the form of a photovoltaic glass crown as covering.

The exhibition path consists of a voyage of discovery inside the building-tree, which has its roots in the ground and frees its branches and foliage upwards. Visitors can cross all four levels of the exhibition area up to the panoramic terrace, and then descend again through a new and different itinerary up to the main square. The concrete made by Italcementi has photocatalytic properties: in contact with sunlight, it captures the polluting agents in the air and transforms them into inert salts, whereas the grout contains 80% of recycled aggregates. Palazzo Italia is intended to remain also in the period following the end of the event as centre for technological innovation at the service of the city.

In the scope of the design development, it consulted RTI about the following aspects:

Fire safety engineering with the development, by way of derogation, of the typology of fire resistance for the metal structures of the building with contextual drawing up of the FSMS.

Preparation of fire safety SCIA for the issue of the ICC and support for the achievement of the fitness for use as premise for public entertainment. It took on the role of fire safety manager during the opening period of Expo 2015.