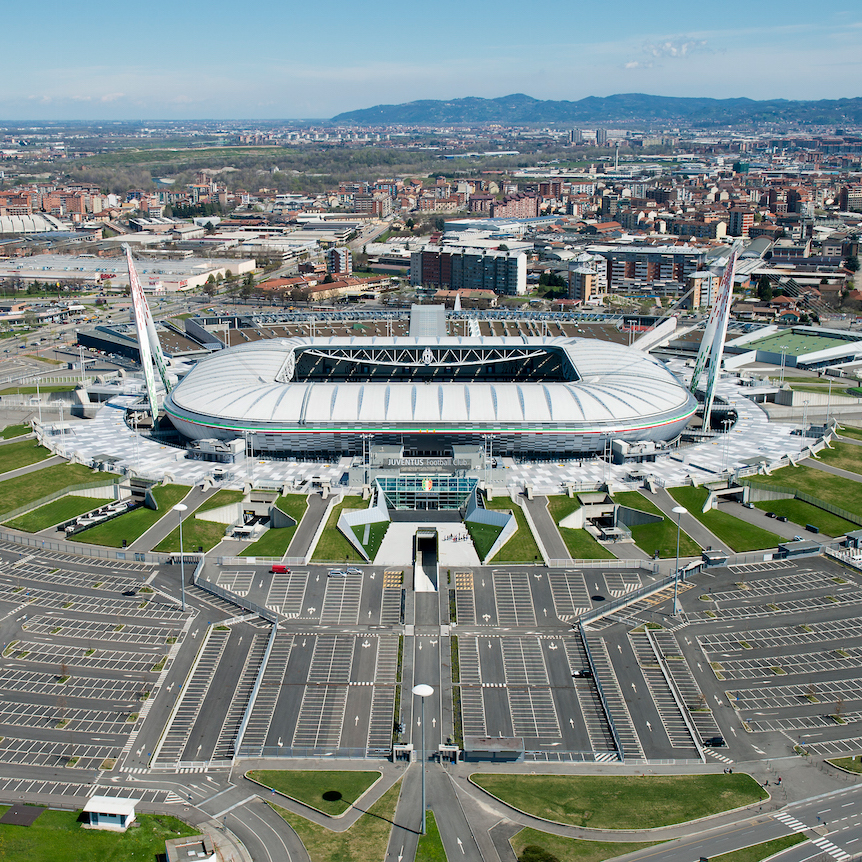 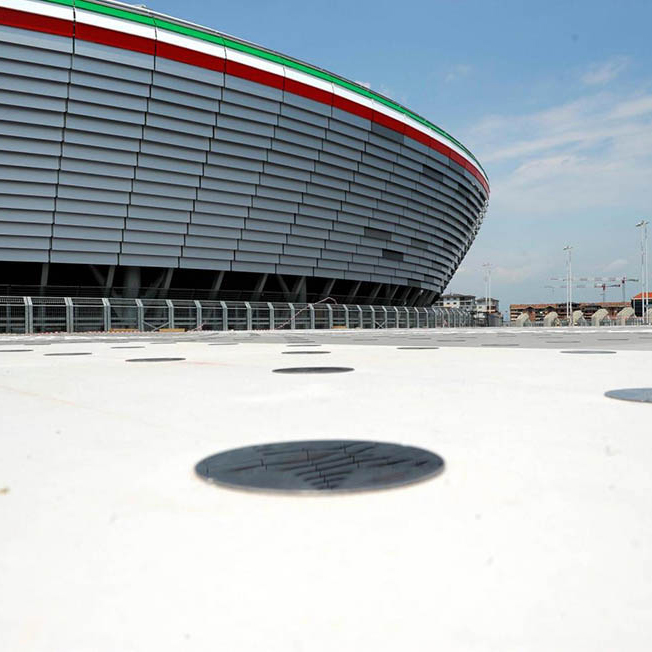 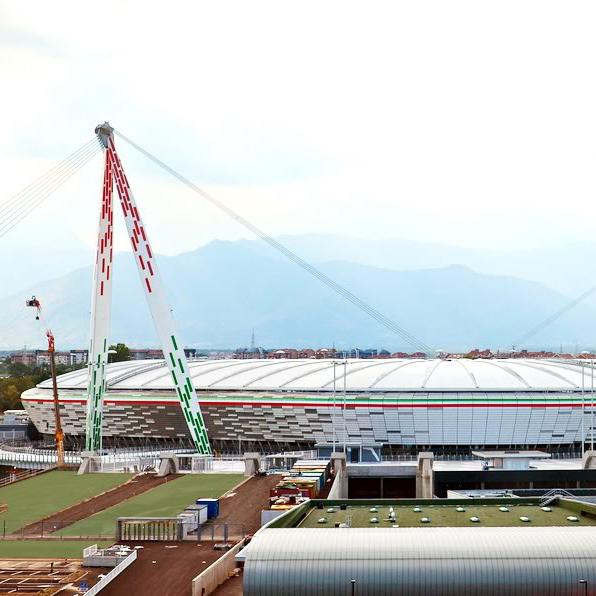 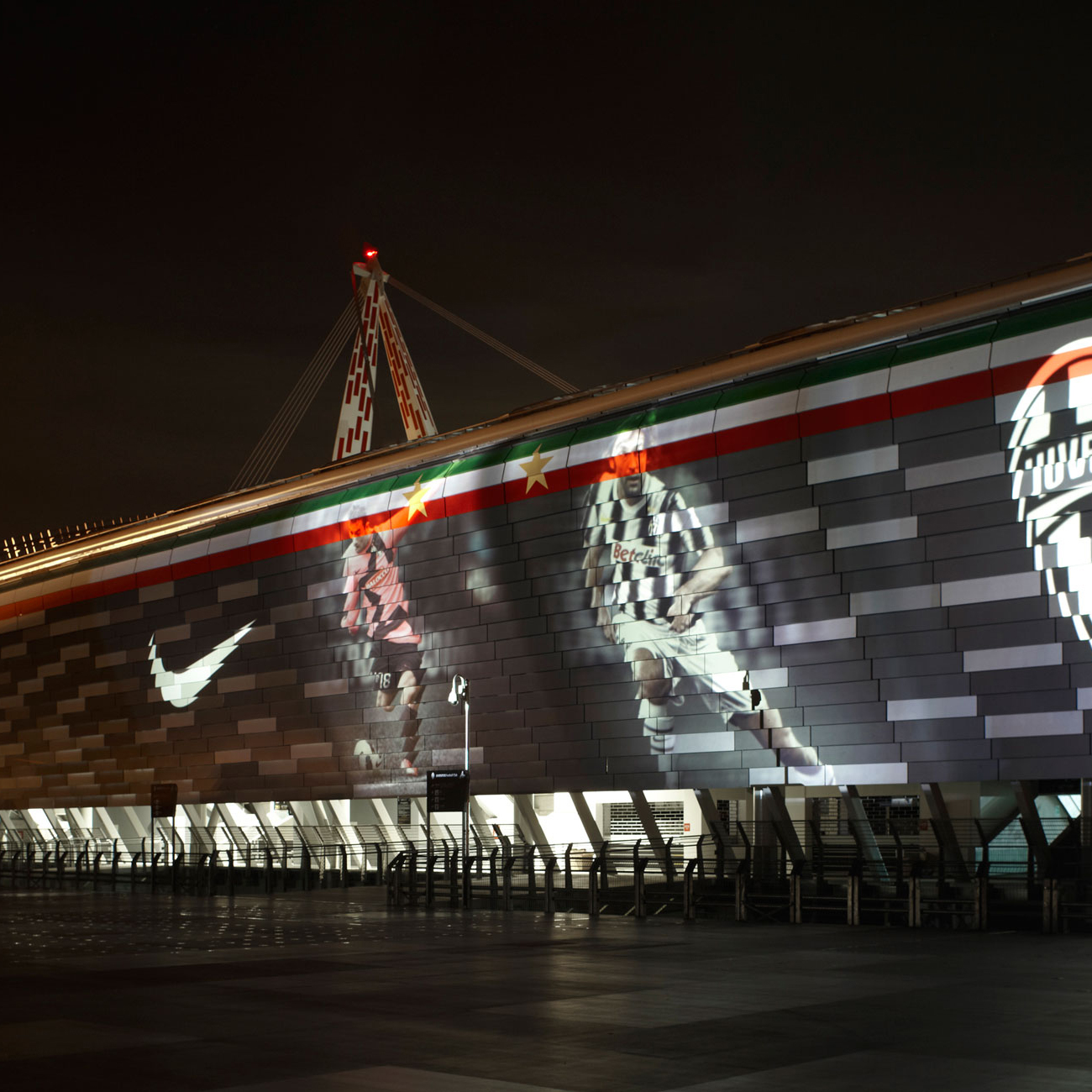 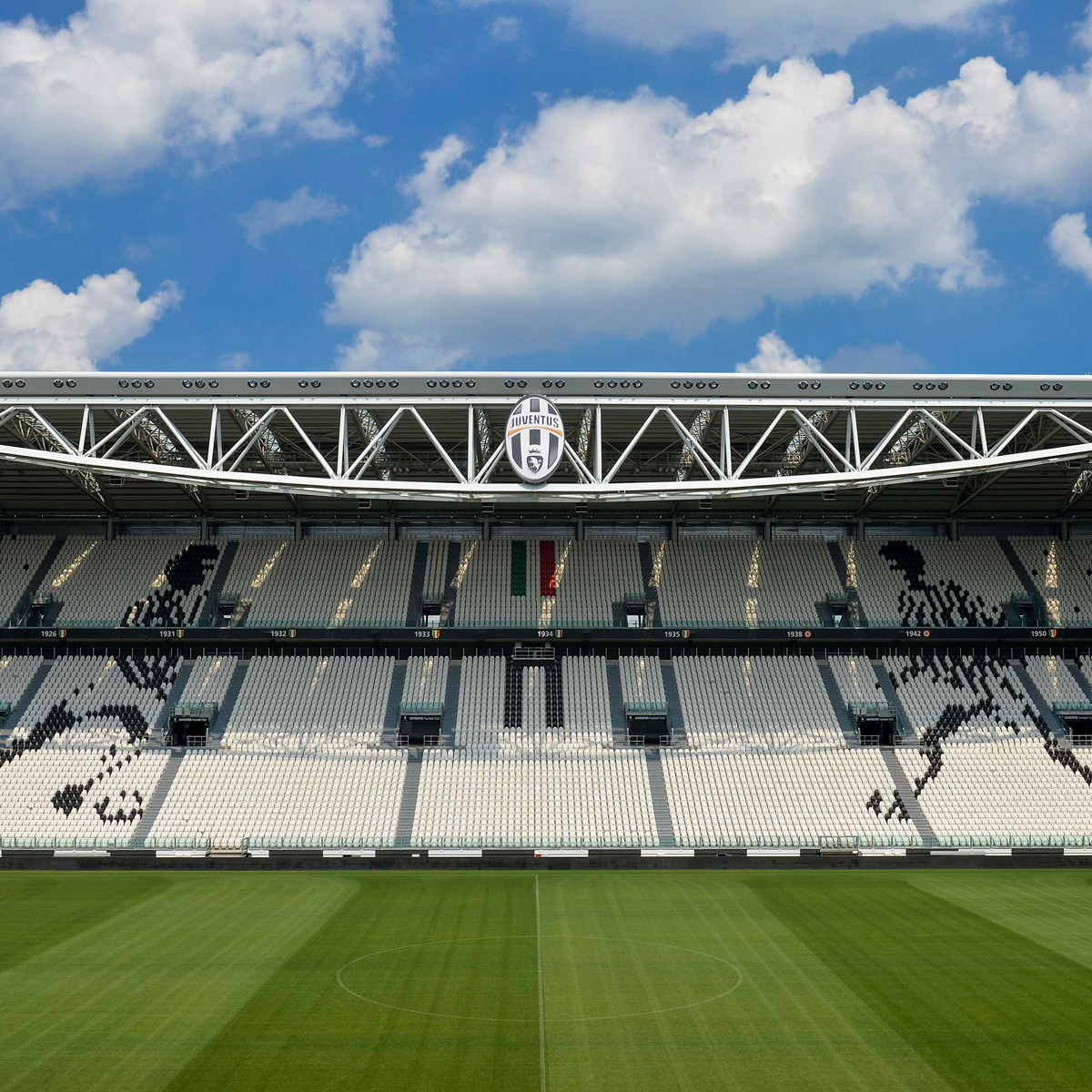 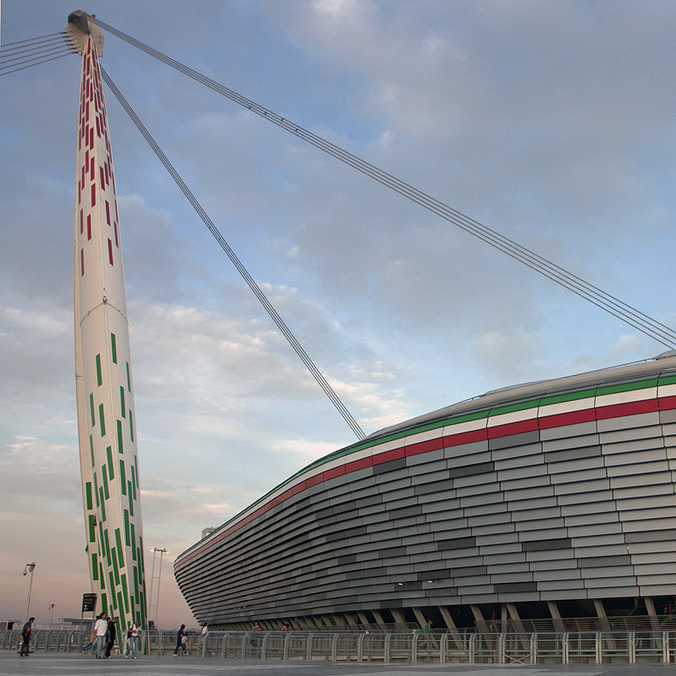 The Juventus Stadium is a sport facility for football situated in Turin. It is located in the districts of Vallette and Lucento (north-west area of the city). The stadium, with a capacity of 41,475 seats, was built on the same area of the former demolished Delle Alpi stadium, by using part of the facilities.

First football facility in Italy without any architectural barriers and first eco-friendly facility in the world. The stadium is one of the three Italian stadiums (along with the Stadio Olimpico in the same city and the Stadio Olimpico in Rome) rated as UEFA category 4 stadiums – the category with the highest technical level. Considered among the most advanced facilities in the world, the Juventus Stadium was awarded with the Stadium Innovation Trophy at the Global Sports Forum 2012 as the most innovative sport facility in Europe.

Spectators access the facility, without any architectural barrier, by a ring surrounding the stadium. The ring is a safe place, where tickets can be controlled and service and emergency vehicles can stop. Benches are placed in the first row of the stand. The access to the bleachers and the stands – arranged on two rings and placed at 7.5 meters from the pitch – is provided by 16 catwalks located across the sectors of the stadium. The service areas of the stadium and team are located in the area beneath the bleachers. At the upper part stands the stadium, with the bleachers and boxes distributed in one single semi-circular profile where the elements do not separate from the continuity line. Moreover, the stadium encompasses a wide area, constituted 4000 parking spaces, eight restaurants and 20 bars. Inside the facility, there are also three dressing rooms, one museum dedicated to the history of Juventus FC, VIP boxes overlooking the pitch, 34000 m2 of commercial premises and 30000 m2 of green areas and squares.

The design was developed in a multidisciplinary context where the knowledge and the close collaboration between the members of the design team have met all the needs and the expectations of the Customer and allowed the Company to complete the works on time and with certain costs. The particular awareness and experience on the ground, which is the result of many years of work in this sector, has made it possible to address the design with due serenity for all those critical issues associated with these types of works, such as:

The facility was designed with a simple and intuitive distribution structure by foreseeing the use of proven and tested components.

A common software and hardware platform shared with the mechanical systems has been provided for the control and supervision of the complex (Building Management Systems), which allows to:

During the design stage, all the possible solutions to improve the energy performance of the Sport facility were analysed by means of high performing equipment (transformers, pumps, electric motors, lighting systems, refrigeration units, AHU, etc.).